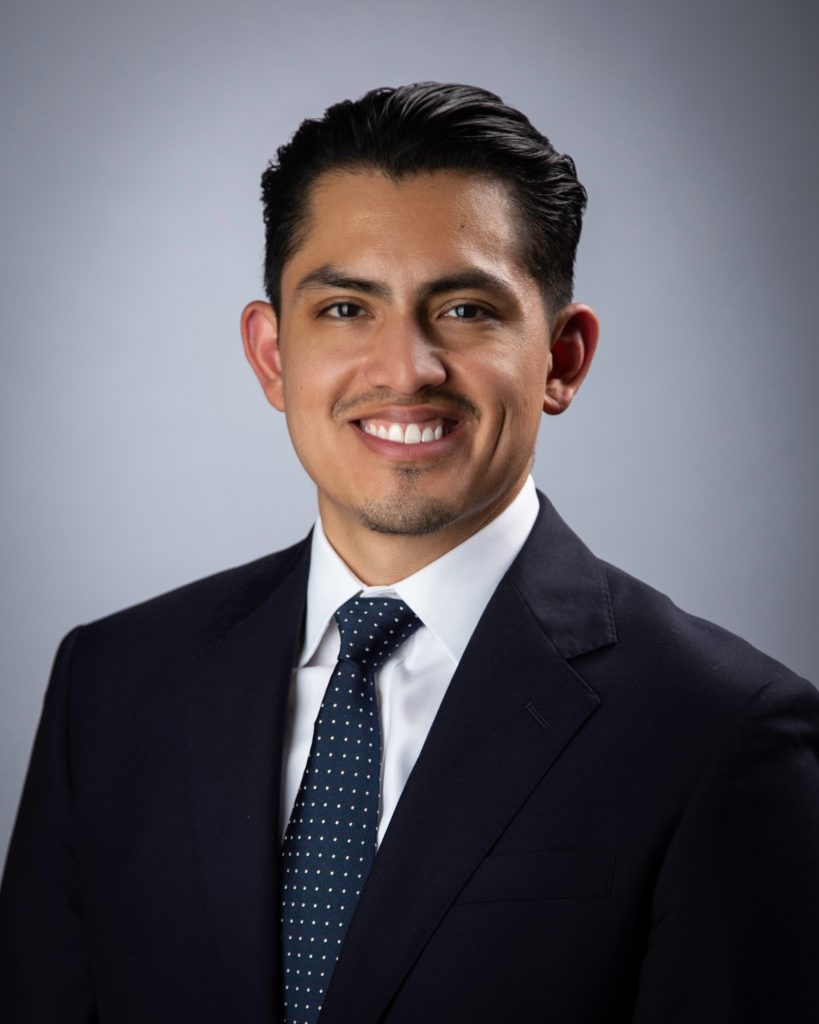 Kenny S. Ramirez is the founder and principal trial attorney of the Law Office of Kenny S. Ramirez, based out of the Inland Empire.  His areas of practice include personal injury, wrongful death, catastrophic injury, sexual assault of minors, premises liability, government entity liability, employment, products liability, and medical malpractice litigation, all on behalf of plaintiffs.

Prior to beginning his own practice, Kenny worked at a nationally renowned plaintiffs law firm in downtown Los Angeles.  At that firm, in less than five years of practice, Kenny made an extraordinary rise from an associate attorney to the appointment as the managing attorney of that firm’s San Bernardino office.  This marked a homecoming for Kenny, having been raised in the Inland Empire.  Now, through his own law practice, Kenny remains based out of the Inland Empire yet represents clients all throughout Southern, Central, and Northern California.

Kenny manages a large active caseload and has obtained numerous settlements in the five, six, seven, and eight figures (for a list of these results, click here).  Kenny has successfully mediated and arbitrated countless matters, and he has also tried cases as lead counsel in state and federal court in California.

Kenny is passionately dedicated to representing the interests of individuals and/or businesses that have suffered a loss at the hands of another.  No matter the case, Kenny’s determination and resolve have helped him obtain justice for his clients.  In 2019 and 2020, Kenny was recognized as one of the “Top 40 Under 40” and “National Latino Trial Lawyers Association – Top 10” by the prestigious National Trial Lawyers organization.  In 2022, Kenny was recognized for excellence in the legal community by being named to the 2022 California Super Lawyers Rising Stars list.  Each year, no more than 2.5 percent of the lawyers in California are selected by the research team at Super Lawyers to receive this honor.  Super Lawyers, a Thomson Reuters business, is a research-driven, peer influenced rating service of outstanding lawyers who have attained a high degree of peer recognition and professional achievement.

Kenny was raised in the Inland Empire.  Upon graduating Etiwanda High School, Kenny attended the University of California, Los Angeles.  There, he received his Bachelor of Arts degree in Political Science and a minor in Philosophy.  While at UCLA, Kenny was selected to be a member of the UCLA Law Fellows Program and was inducted into the National Political Science Honor Society.  Kenny graduated from UCLA in only three years.

Kenny received his Juris Doctorate, with a concentration in Civil Litigation Advocacy, from Loyola Law School in Los Angeles.  While at Loyola Law School, Kenny was selected to be a member of the nationally ranked Byrne Trial Advocacy Team for two consecutive years.  During that time, he and his three team members won the regional American Association for Justice (AAJ) National Student Trial Advocacy Competition and went on to be national semi-finalists.  Kenny was awarded the CourtCall Leadership Award for his leadership and advocacy as a member of the Byrne Trial Advocacy Team.  While at Loyola Law School, Kenny also participated in the Bet Tzedek Employment Rights Project through which he provided free legal aid and representation in administrative hearings to low-income clients, successfully obtaining minimum wages and overtime pay owed to his clients.

Kenny immigrated from Guatemala to the United States at the age of two, and has lived through a wide range of human experience: from the depths of poverty as a child in one country and then an immigrant in another one, to the joy, freedom, and opportunity that a free country such as America provides.  Kenny has often noted that his unique situation and upbringing shaped his desire and passion for serving and helping people who have experienced the tragedy, pain and suffering that life sometimes throws our way.  Kenny understands that suffering is not unique to any particular group of people, but he firmly believes that hope and joy can be just as readily obtainable for all.  Sometimes, bringing hope and justice for someone wronged requires the fight and help from others; and that is where Kenny steps in to help.

When Kenny is not fighting for his clients, he enjoys spending time with his parents and three younger siblings – Brandon, Sharon and Chelsea – of whom he is very proud.  Like their older brother, Brandon and Sharon attended Loyola Law School in Los Angeles.  They had a very successful academic career, along with numerous leadership posts and special permission by the California bar to practice law under the supervision of attorneys while still students in law school, and in 2021 they both passed the rigorous California bar examination and became attorneys themselves.  Chelsea is pursuing her master’s degree at the University of Southern California (USC) film school and aspires to become a film director.  The entire Ramirez siblings credit their journey and success to their parents, who raised their children with an emphasis on God, family, education and service.

The Ramirez Family – who we affectionately refer to as the “Ram Fam” – enjoys going to the theater, trying new restaurants, watching movies, shows and sporting events, and simply spending time together.

Kenny is passionate about education and loves to encourage students to pursue higher education, both with words and with action.

Kenny is also a member of the leadership and the director of the worship ministry and youth ministry for his local church.  In fact, all the members of the Ramirez Family are also quite involved with their local church and love to serve God and people.

Kenny is an avid reader, a musician, and also enjoys regular exercise and playing basketball.  Kenny is a fan of all local sports teams, especially the Los Angeles Lakers.

We Give Your Case the Attention it Deserves

Fill out the form below or call our team to receive your Free Consultation.